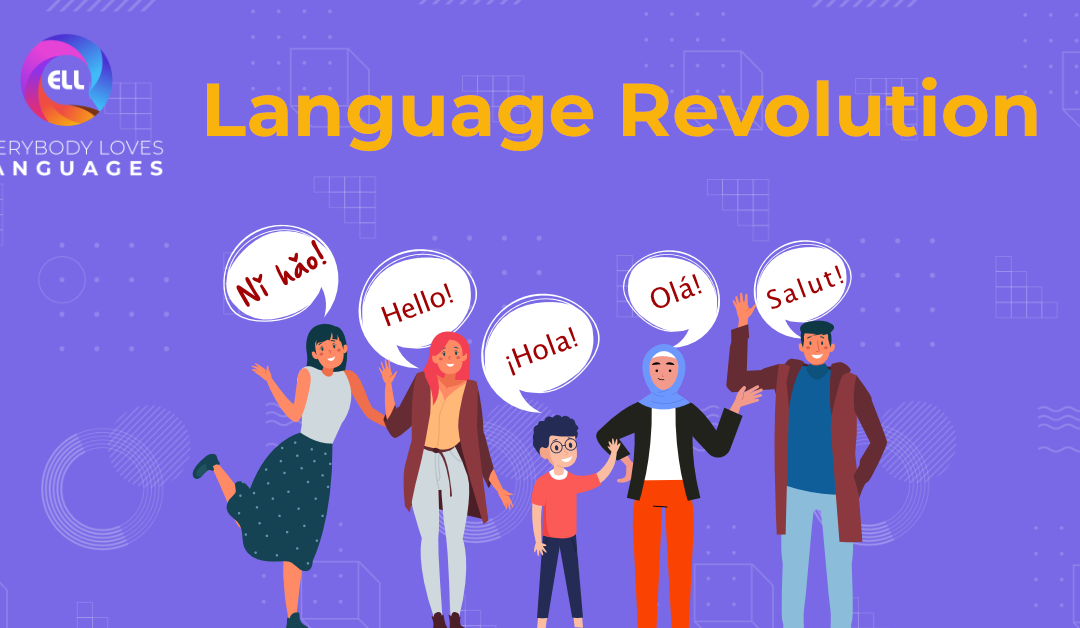 While much of the world was on lockdown, many joked about using the time to learn a new language. Although we assume some people – hopefully many, used the extra time wisely and fine-tuned their language skills, there is a considerable decline in multi-language usage across the world.

The British Acadamy wrote in December that the pandemic and the COVID-19 crisis has been a “wake up call” and a learning moment for how “essential foreign language skills are to international cooperation and highlights the need for anglophone nations to step up language learning.” In many ways, we as English speakers have expected so many foreign counterparts to speak our language but have barely attempted to do the same in return.

That’s why we invite you to take part in this language revolution. Let’s create a bilingual world to connect people through languages.

Being able to communicate in more than one language amplifies our brain’s capacity for learning, innovation, adaptability and opens endless doors you never realized were there. Here’s what becoming at least somewhat fluent in a second language does for you on a personal level:

“Children use both hemispheres of the brain to acquire language, which means they often grasp the emotional implications of language more deeply. In contrast, adults who learned a second language tend to approach problems presented to them in that language in a more rational, detached way. Scientists hypothesize that it’s because adults often acquire language through the left hemisphere of the brain.” – KQED

Now that you’ve found out how learning a foreign language will enhance your personal life, here’s what will happen if more people like you choose to become bilingual or multilingual.

Are you ready to lead this revolution in your organization? Whether you’re looking to build or enhance your institution’s language program, we offer a learning platform integrated with state-of-art content that will make it easier than ever to get started. Reach out for a conversation today.